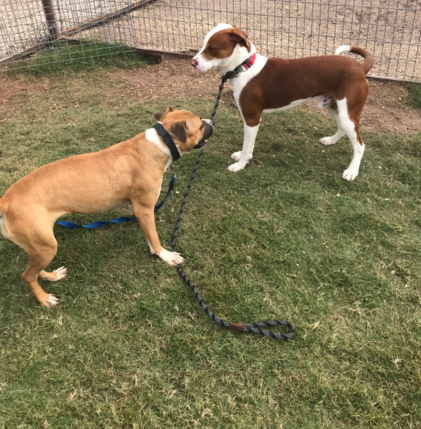 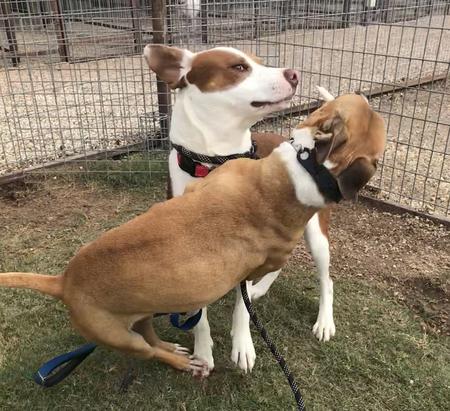 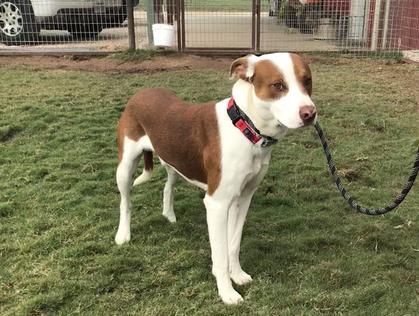 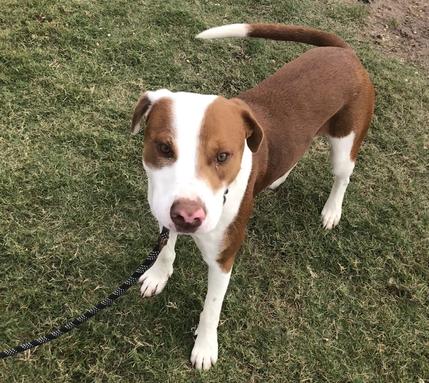 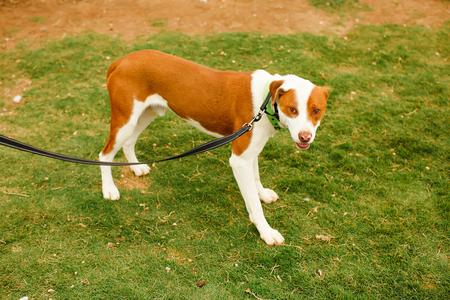 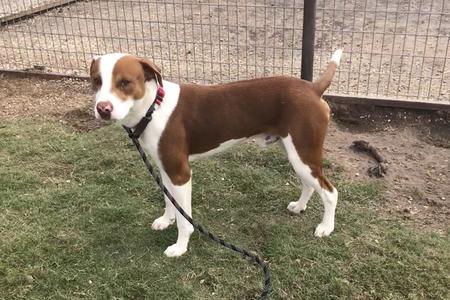 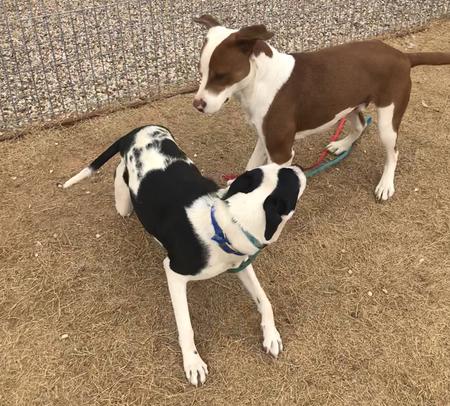 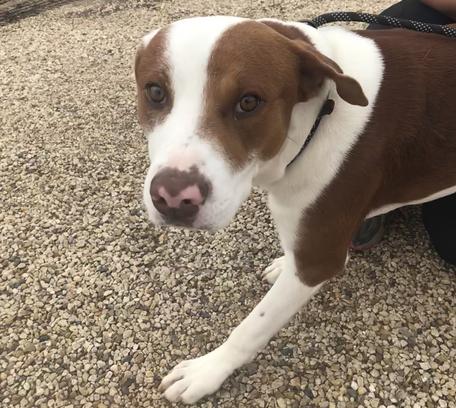 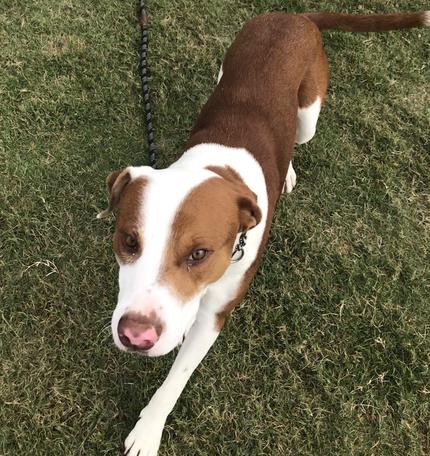 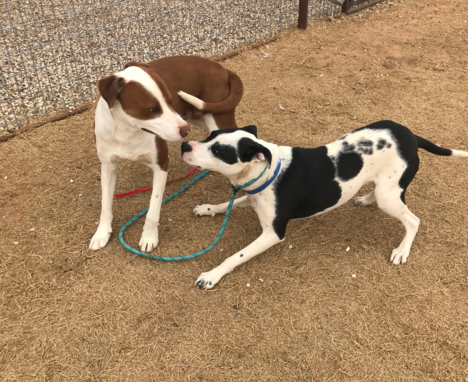 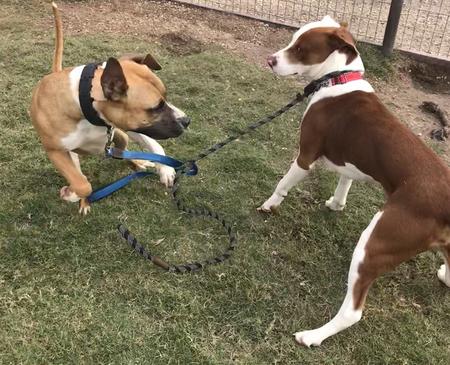 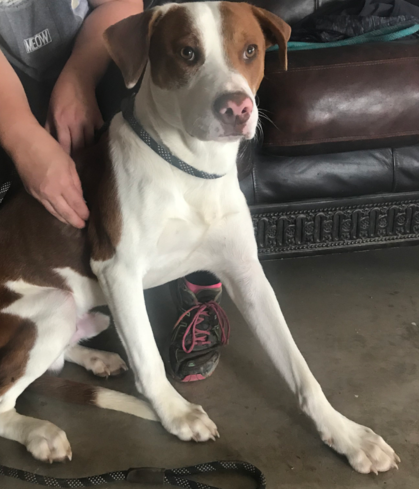 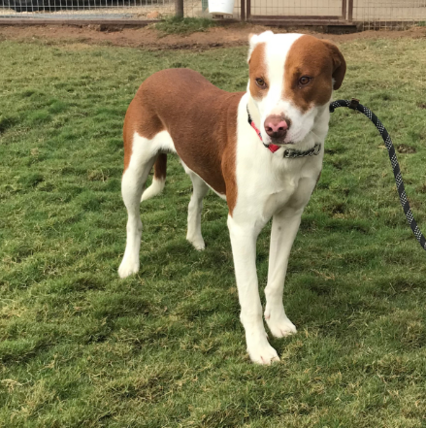 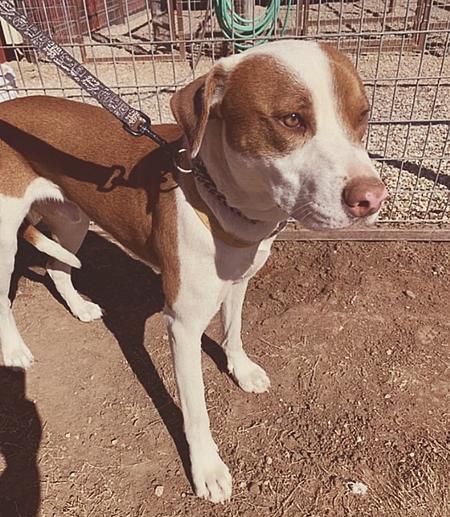 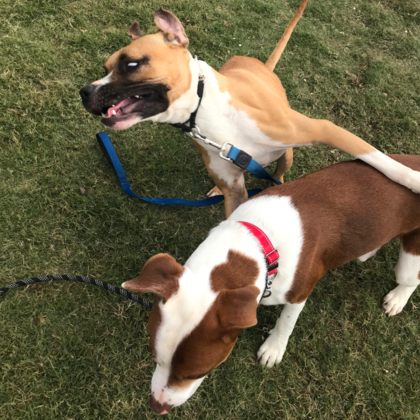 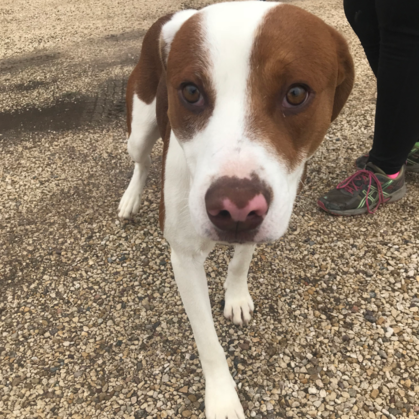 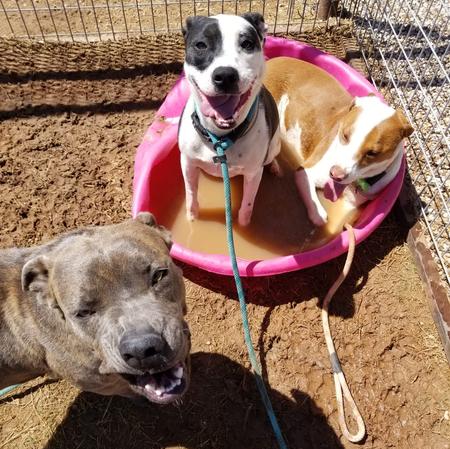 Brownie originally came to Saving Grace in October 2018, after being on our hearts since May 2018.  We were contacted by someone concerned about Brownie and his sibling, as well as two other dogs.  Their owners were not giving them proper care, so we offered to at least vaccinate and deworm them.  Unfortunately, his brother passed away due to Parvo.  His owners moved and took the other dogs, leaving Brownie behind.  He had a place to live for a while, but ended up needing our help again, so we took him in.  He was adopted in August of 2019, but escaped through an open gate in April 2021.  He spent an entire year out on his own.  We tried countless times to capture him, but he avoided traps and ran from everyone - including people he knew very well.  We finally were able to get him in April 2022 thanks to a wonderful family that helped us by trapping him between two houses.  He has some fractures in his rear left foot that will require a splint and laser therapy, but he is thankfully healthy otherwise.

Brownie is around 4 years old.  He gets along great with other dogs, and is more confident with a furry friend by his side.  He has lived in a home, so house training should not be difficult.  He is a pretty calm shy guy, but will come out of his shell with time and patience.  He is very loving and sweet, and talks to you when he's excited to see you. Contact us if you are interested in meeting Brownie.