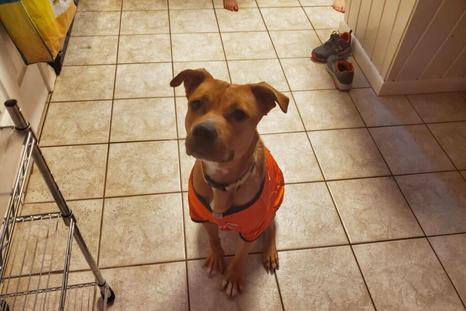 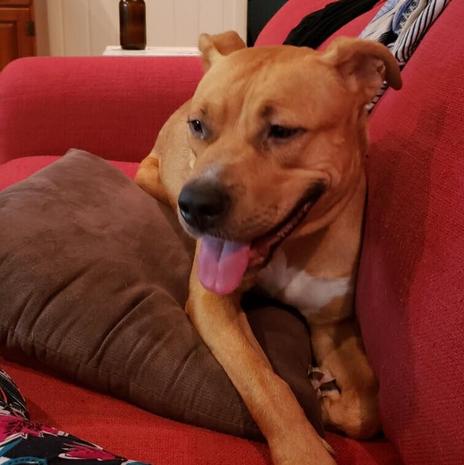 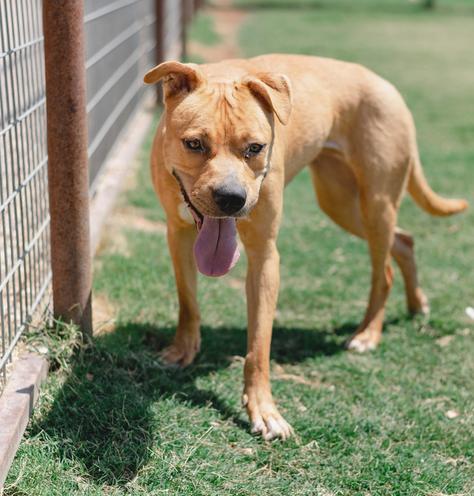 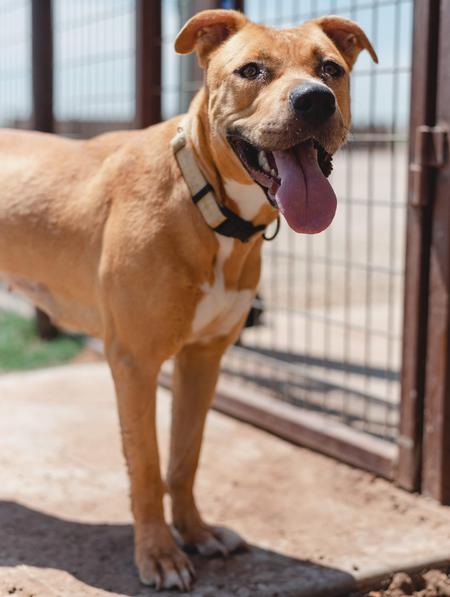 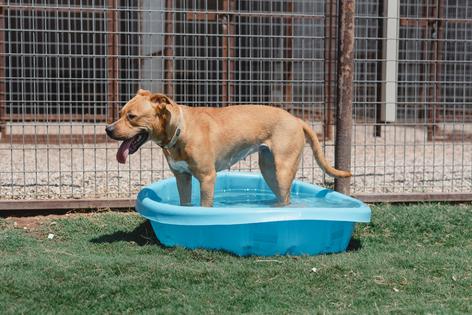 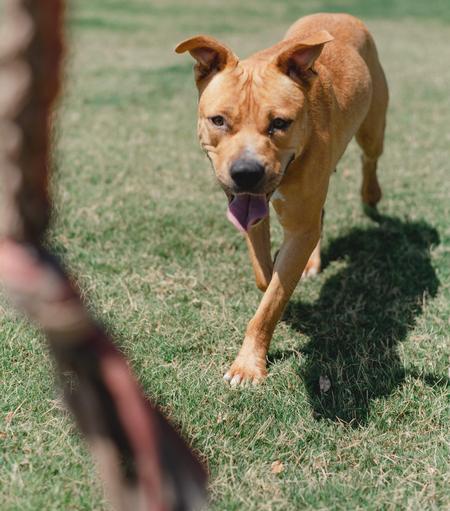 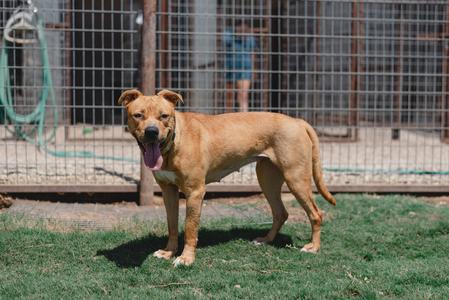 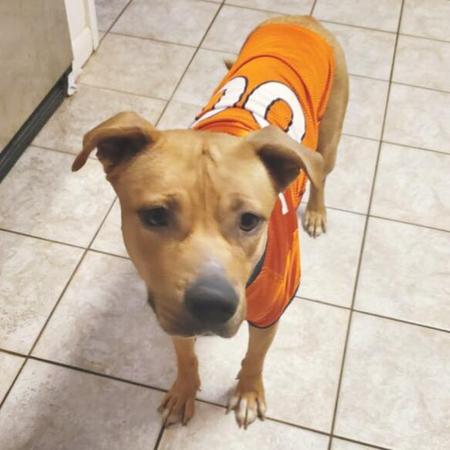 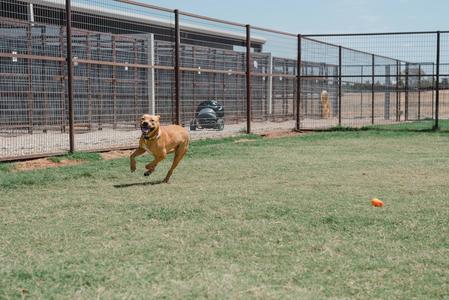 Delilah is up for adoption through Lubbock Animal Services. While her foster family are Broncos fans, she has no loyalty to any team except the one who she shares a couch with! She is house trained, crate trained, spayed, up to date on shots, and great on a leash. She's playful and friendly but mostly she just wants to cuddle up on the couch with anyone who's available, man or beast.

She LOVES children, especially the cuddly kinds. Her foster mom sees Delilah sneak a good night kiss to her foster-siblings every night before she goes to bed. She has two dogs at her foster home that she gets along with very well. One is an older chihuaha mix who doesn't like to be bothered much, and she just gives him kisses every once in awhile. The other is a boxer mix who is full of energy and never wants to leave Delilah alone. She has enormous patience with her and enjoys playing with her daily but can also let her know when she's had enough without anyone getting aggressive. She has been around all kinds of other dogs, big to small, and has never had any issues. We have not tried her around cats, tho she does bark at them when she sees them around the neighborhood but never lunges towards them. She's mostly indifferent to cats from what we have seen.

She also loves to tell you when she has a toy or bone. She'll have the object still in her mouth as she struts around the house giving her proud "bow-wow-wow" 🥰 we worried she was territorial with it but as soon as we asked her to drop it, she did so with a wagging tail! You really should give her a look, she was ignored at the shelter because (we assume) she's a bit shy and quiet and not an interesting color or breed. However, had she not been given a second chance the world would never know what an absolutely amazing dog she is. She would truly be a joyful addition to your home. Contact us to meet Delilah.