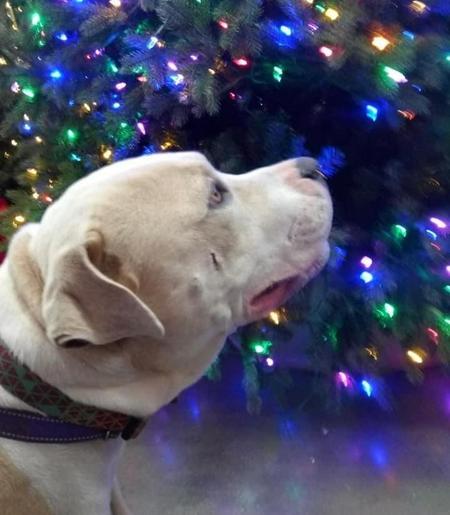 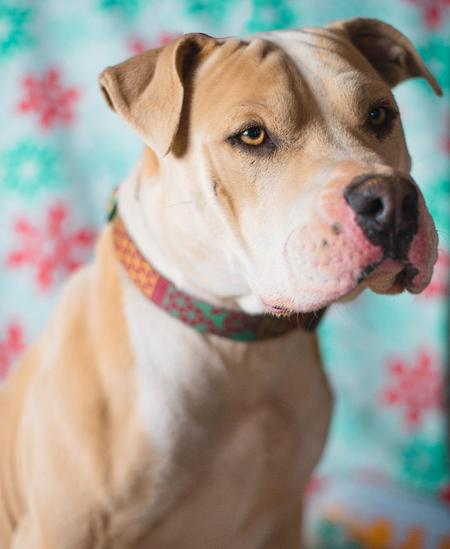 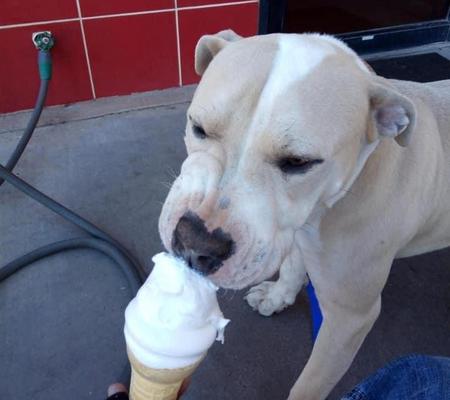 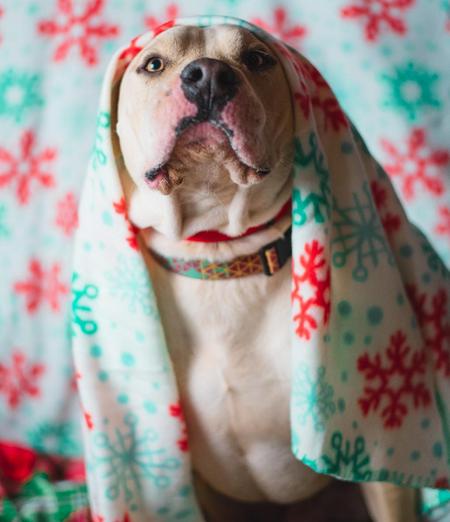 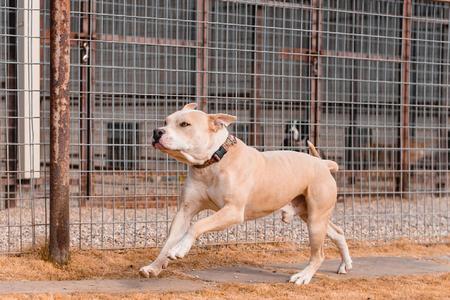 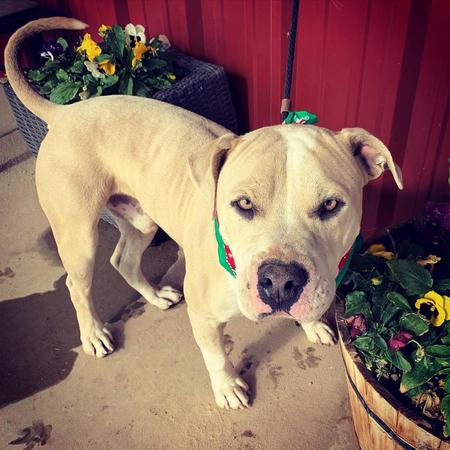 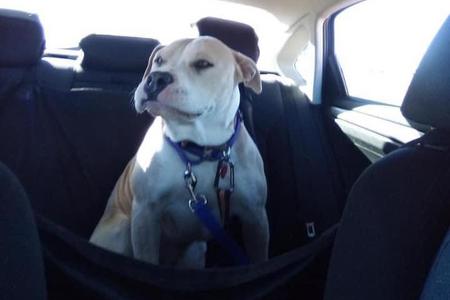 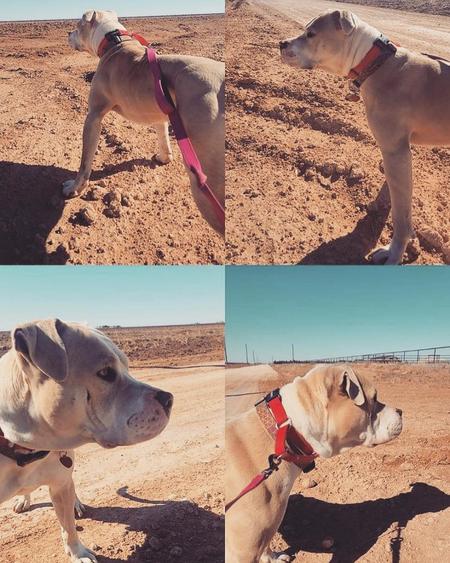 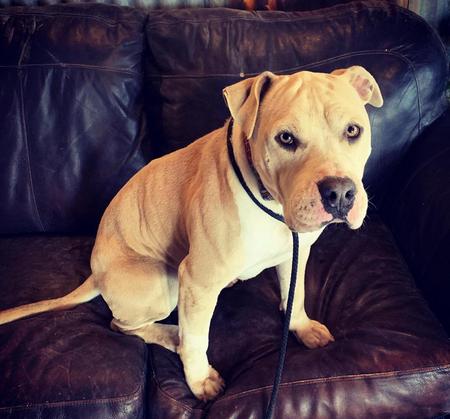 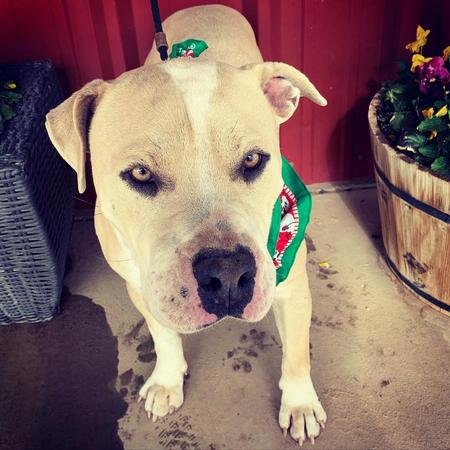 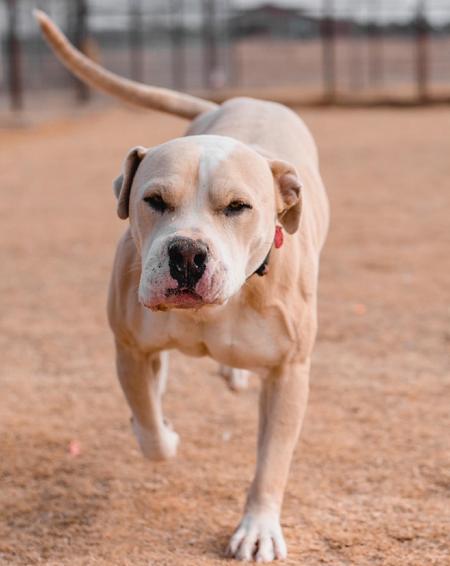 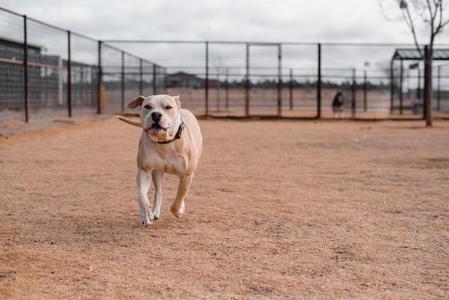 Einstein came to Saving Grace in November 2020. He was found as a stray and taken to the city shelter, where they had records of him being there before. He’s an older guy and survived Distemper as a young dog, leaving him with a neurological twitch. We think the tick makes him even more adorable. His nose/mouth area twitches and his squishy cheeks poof out. Einstein got his name for his smarts. He figured out how to climb out of his kennel, through a tiny space, and into his neighbor’s kennel. He’s likely an escape artist, and the reason for his frequent flyer status at the city shelter. This is why we always encourage crating dogs inside instead of leaving them alone outside. Einstein isn’t just a smarty pants, he’s also quite the looker. His gorgeous cream colored coat is thick and soft, and his eyeliner makes his golden eyes shine bright. He’s a buff dude, weighing around 60 pounds. He likes to snuggle and give kisses. We tried him with a friendly female dog his size and he did well. We haven’t tried him with cats or kids, but he has been friendly with all people so far. This goofy brainiac deserves a true forever home. Contact us if you’re interested in meeting Einstein.