Abe was dumped on the East side when we found him. He had a serious fracture in his back leg and required surgery. Abe settled into life at the kennel quickly and also became a quick favorite of workers and volunteers! Abe LOVED his toys. They were his life, but sure caused us some serious problems! Abe had surgery several times throughout his life to remove nonsense that he had swallowed!! Abe grew old with us. We cherished him so much! One of us took him home one day so he could make an annual trip to the vet. That girl fell so in love with Abe she provided him with a forever home where he could live out his golden years. Abe thrived in his new cozy home for a short period of time. After about six months in a home and about 17 years of life Abe passed away. His kidneys finally failed him. We couldn't be happier that his last memories on this earth weren't of a kennel, but of enjoying a toy on his dog bed in front of the fireplace, roaming the open field, and being loved by a family. We miss you Abe! 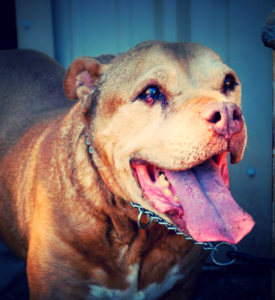 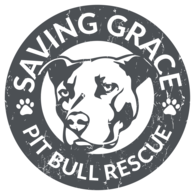 We found Quasi on the outskirts of Lubbock. She was pitiful and had clearly been used as a breeding dog. Quasi either had a congenital cleft lip or an old injury that was never tended to by a veterinarian. Quasi loved affection and would rest her head on your shoulder and let you pet her forever! Quasi was already older when she was rescued. She lived out her days at the kennel and wiggled her way into our hearts. We will always remember her precious smile and loving spirit.

Bobble's short life began and ended in suffering. He was abandoned in plain sight, tied up, unable to move his limbs from weakness, starving, and literally burning in the sun. When he was brought to us he was a skeleton, his body covered in burns, and near death. Treating him, we became hopeful that he could recover. Bobble went into kidney failure and we lost him. He is one of the worst cases of abuse and neglect we have witnessed in our years of rescue. His story has a bright side though. His sister, Hazel, found the love and safety of a forever home. Read about her on our "happy endings" page.

Ursa survived Hurricane Katrina and was brought to Saving Grace at only 3-4 months of age. Ursa grew with us and become an excellent companion. She loved her toys.  In her last years she had bladder cancer. Though she received treatment, she eventually became too ill to truck on any longer. Ursa will always be remembered as a unique and amazing friend. 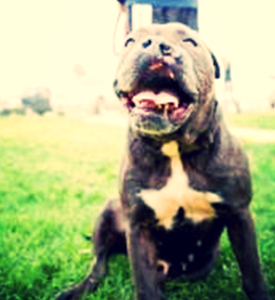 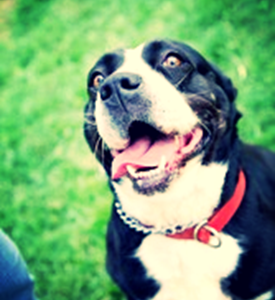 - We hope the place where you rest has an abundance of green grassy fields and toys, and is free of the pain, suffering, and cruelty you had to experience in your lifetime. You are remembered in each broken life that is able to be restored. We love you!

In rescue, we remember each story, each life, and each ending. This page is dedicated to those who have been a part of our lives and stolen our hearts, but are no longer here with us.