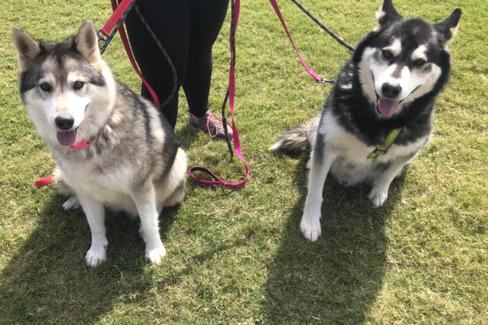 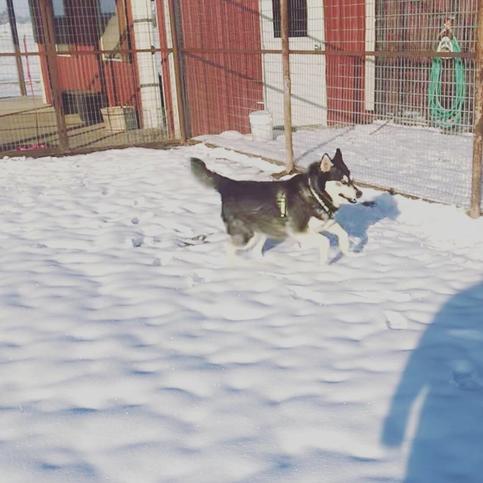 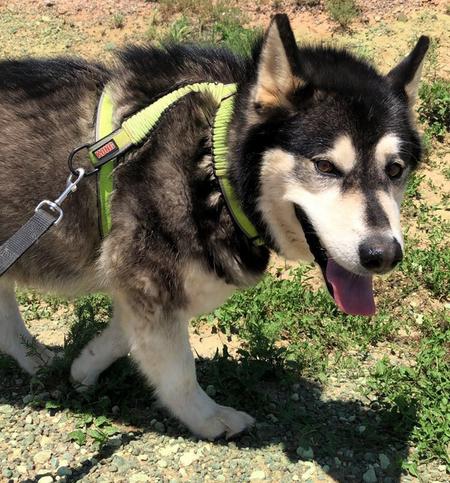 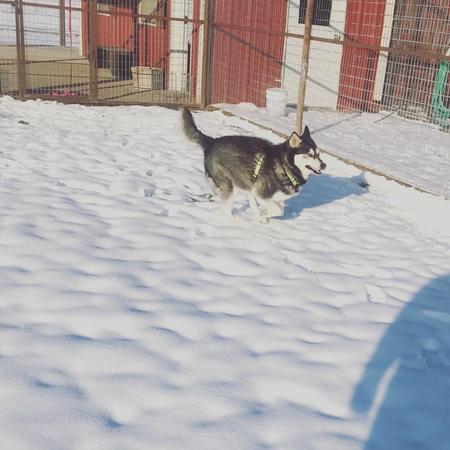 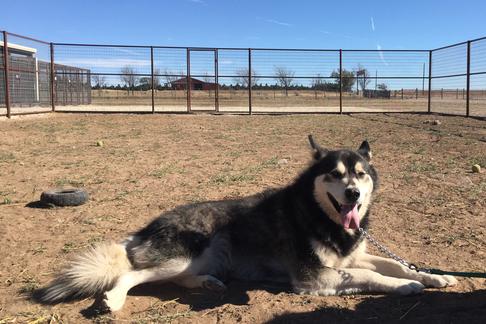 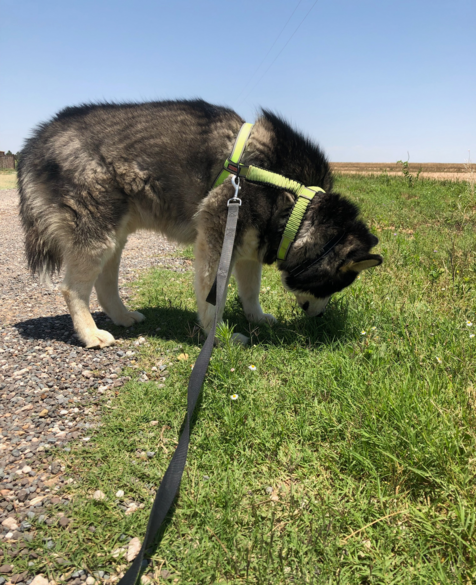 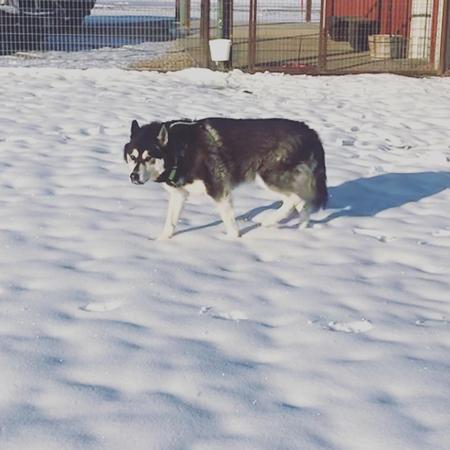 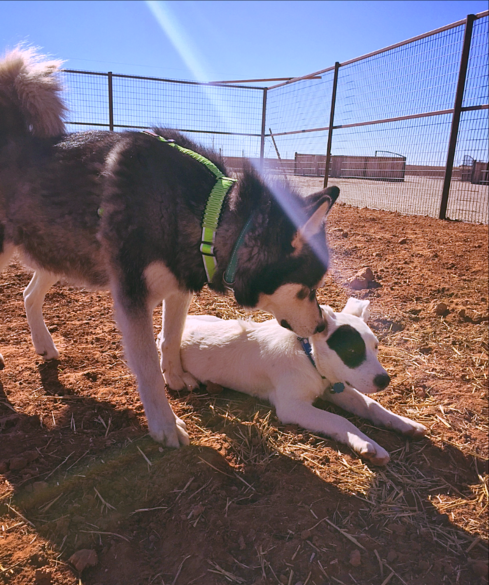 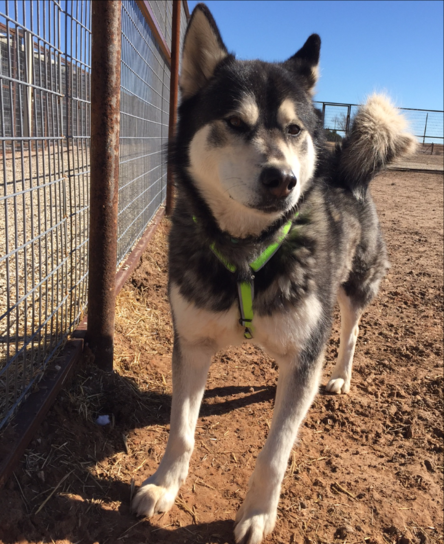 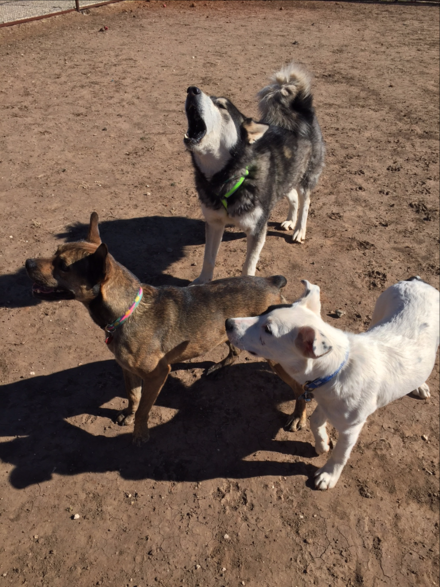 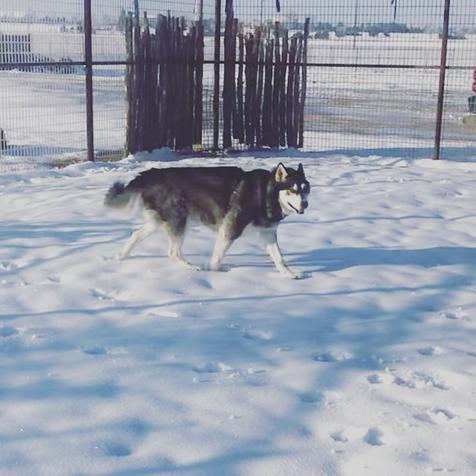 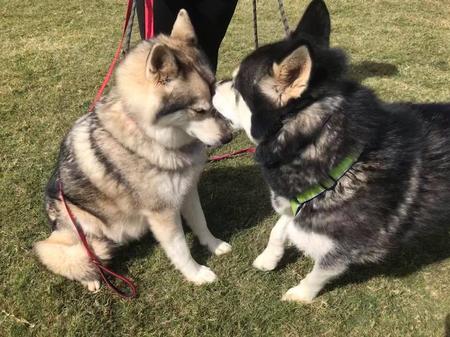 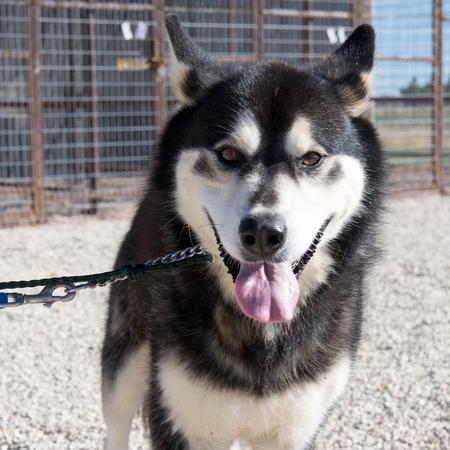 A Malamute was spotted roaming around Jones Stadium several years ago.  He eluded capture from people that were trying to help him, until he was finally caught by being lassoed with a rope.  He obviously got his name from his old stomping grounds.

Jones clearly never lived in a home, and seemed to have little to no human interaction before coming to Saving Grace.  We don't know his story before he started wandering a football stadium, but his story now consists of a happy silly dog that has so much potential.

Jones has improved greatly while in our care.  Once he gets to know you, he gets more and more comfortable.  He now allows certain people to touch him, and even get him on a leash for a walk.  He loves treats, and does well with other dogs, as you can see in the picture below.  He and his friends were anxiously awaiting the next treat, and Jones was telling us to hurry.  He is quite the talker.  Jones still needs some work, but we know his confidence will continue to grow, and it will eventually get him to a comfort level where he can find a home that is the perfect fit for him.