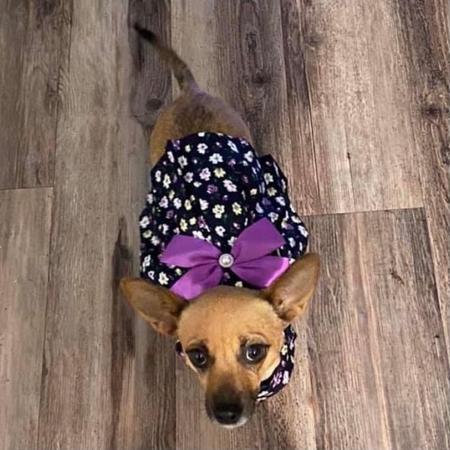 Phoebe came to Saving Grace in October 2020. We went to check on an abandoned pittie in Levelland, and found her with two chihuahua friends. Phoebe was not using her front left leg, and X-rays determined she had been shot. A bullet was lodged in her elbow and causing her pain. The joint was basically destroyed and removing the bullet or repairing the damage was impossible, so her leg was amputated. She gets around great on three legs! It doesn’t slow her down one bit. She’s in a foster home and recovering well. She gets along great with other dogs her size. She’s a tiny girl - weighing around 10 pounds or less. Phoebe is a young adult - probably less than 5 years old. She loves to cuddle and doesn’t mind wearing clothes. She walks well on a leash. She’s house trained and crate trained. Contact us if you’re interested in meeting Phoebe. 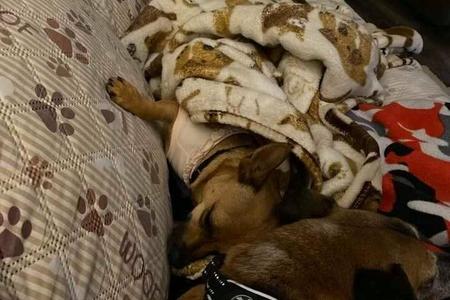 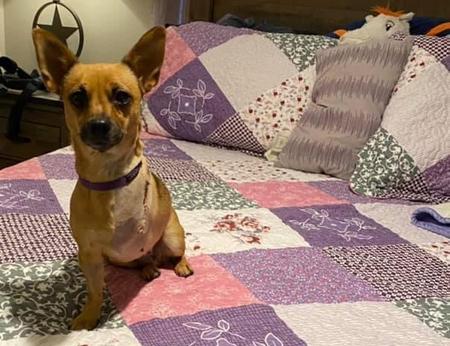 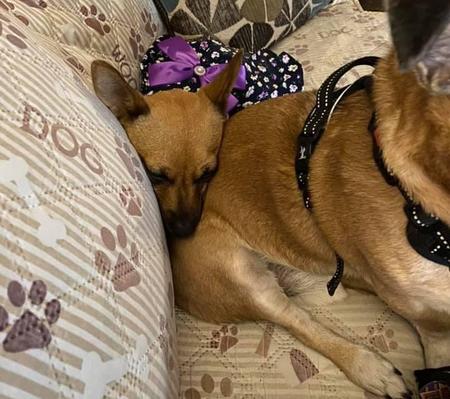 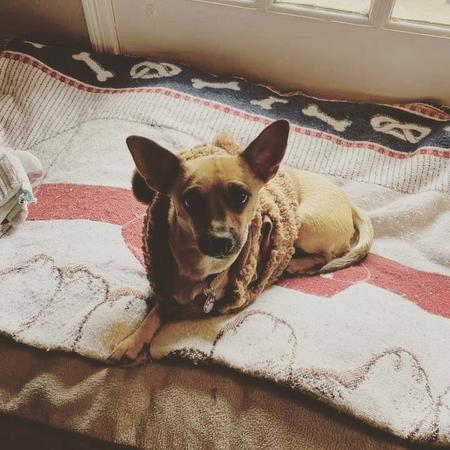 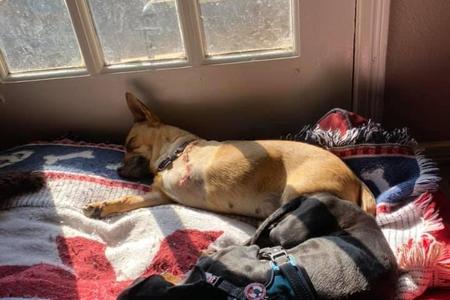 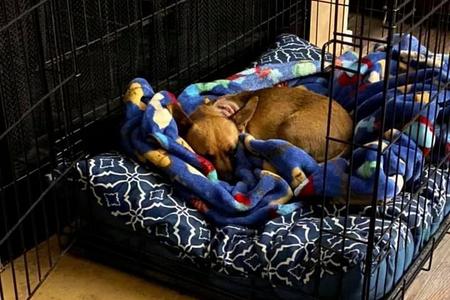 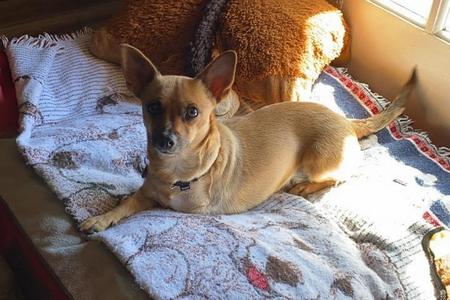 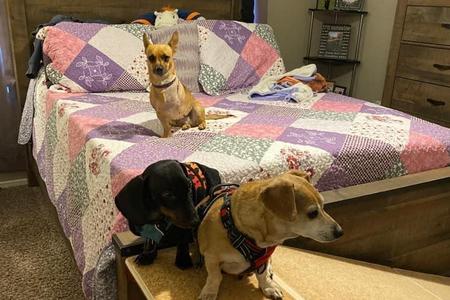 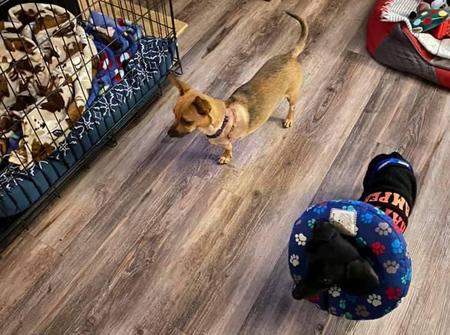