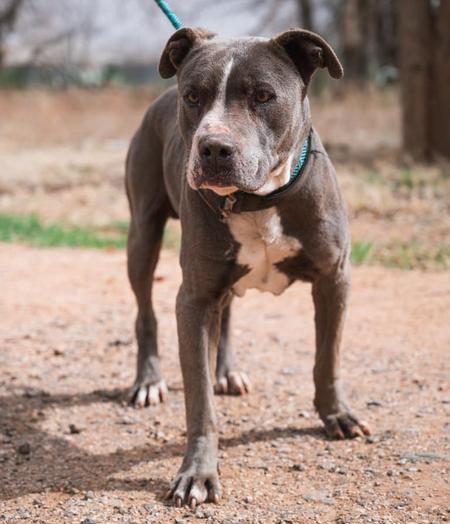 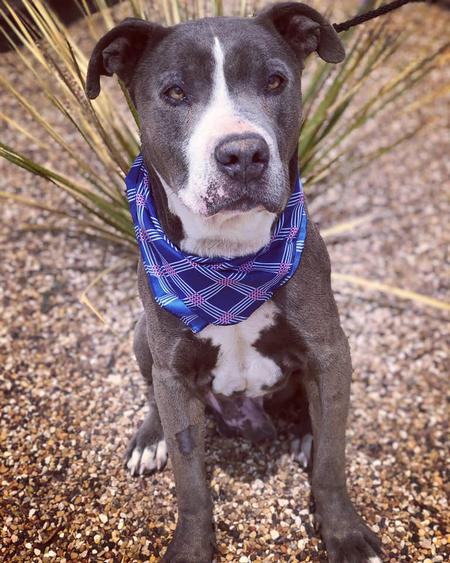 Rhino came to Saving Grace in March 2021. He was seized for neglect. His owners left him chained up outside in the snow and single digit weather. He’s an old man and missing most of his front teeth. Rhino is kind of like that grumpy neighbor that loves his grandkids but yells GET OFF MY LAWN to everyone else. He loves people but isn’t willing to share his person with any other pets. He walks great on a leash but he’ll need a long nap after a stroll around the park. He has a deep gruff bark like maybe he was a smoker in his youth. The name Rhino fits his slow-moving gray body. If you’re looking for a hiking partner, Rhino is not your guy. If you need a friend that doesn’t judge your Netflix binging, this snoring senior is the dog for you. Contact us if you are interested in meeting Rhino.